Rothenburg ob der Tauber (Rothenburg o. d. T.) is one of the most beautiful cities that one simply cannot miss when in Germany. It is a small town located near the Autobahn 7 (National Highway Number 7) or simply A7. It is a one town that I can highly recommend to every visitor or tourist coming to Germany or Europe.

The city has a population of only around 11,000 but boasts of high influx of tourist every year. The city was founded in the middle of 13th century just like many other nearby located German cities. It remains unique, due to the fact that the old city centre has an almost complete Citywall around it which is accessible to everyone wanting to go around the wall on foot. It is a unique feature which very few other German cities can offer. The entire old town is located within the city walls and has no modern structures. Its boasts of 42 gates and watchtowers which are in a really good condition and most of which are open to the tourists. It is a true fairytale town which seems to be frozen in time and shows us how people must have lived in the middle ages.

The best time to visit the city, is one of the following four times of the year, firstly during the Christmas Market Time in December during the Advent Season, the Meistertrunk Festival (with World Heritage Festival Status), the Reichstadttage or the Tauber Openair-Festival. The typical summer months are packed with foreign tourists ranging from Far East to the American west coast. So I highly recommend to avoid the peak season. To enjoy a more local flair I personally recommend the Christmas Market season in December, where you will see more locals and inland tourists from nearby cities.

Rothenburg has a lot of beautiful museums, but the “Must Visit” ones are das Mittelalterisches Kriminalmuseum (The Middle Ages German Criminal Museum), Das Rothenburgmuseum (The Rothenburg City Museum), The Handwerkhaus Museum (Handicraft Museum) and last but not the least Das Weihnachtsmuseum von Käthe Wohlfahrt (The Christmas Museum), which is an all year round one stop shop for all things Christmas.

There is so much to see in this small pretty town which inspired Walt Disney himself to create Disney Land, which is built according to the blue prints of this quaint little town. The picture below is a famous structure in Rothenburg o. d. T. which features confidently on the cover page of Lonely Planet Germany current Edition. It is the famous Plönlein with the Sieberstor (left) and the Kobolzeller Tor (right).

Churches which are worth a visit are St. Jacobs Church, Wolfgangs Church, Blasius Chapel (today a memorial for the fallen soldiers of both the World Wars) and St. Johannis Church with the famous Steinmeiyer Organ.

Things which you should be ticking of your bucket list while in Rothenburg o. d. T. is taking a walk around the wall which completely surrounds the city, visiting the Plölein (image below),

visiting the main town hall with the famous platform at 60 meters height for an amazing view of the old town (image below),

and visiting the Burggarten (Palace Garden grounds) and taking a panoramic view of the southern part of the City with its beautiful and ancient city walls. (image below)

Some of the views that one gets to enjoy while taking a quite walk on the city wall.

By Train: Rothenburg o. d. T. has a main Railway Station (Hauptbahnhof) and is connected by Deutsche Bahn (German National Railways) but the connection is limited and trains come in only from one direction.

By Car: Rothenburg o. d. T. is well connected by Roads and its proximity to A7 (Autobahn 7 / National Highway Number 7) makes it easy to reach.

Lastly I would like to conclude on a note, where I can only recommend everyone in or around this beautiful town to surly visit it, doesn’t matter when you do it.

Ulm, “the tallest Church in the world” and the birthplace of “Albert Einstein”.

PLACES OF INTEREST NEARBY:-

Thanking you for your visit to my blog. All the pictures are taken by me and are copyright protected.

5 thoughts on “My Day Trip to Rothenburg ob der Tauber a.k.a. The Disney Land City, The true Fairytale Town in South Germany” 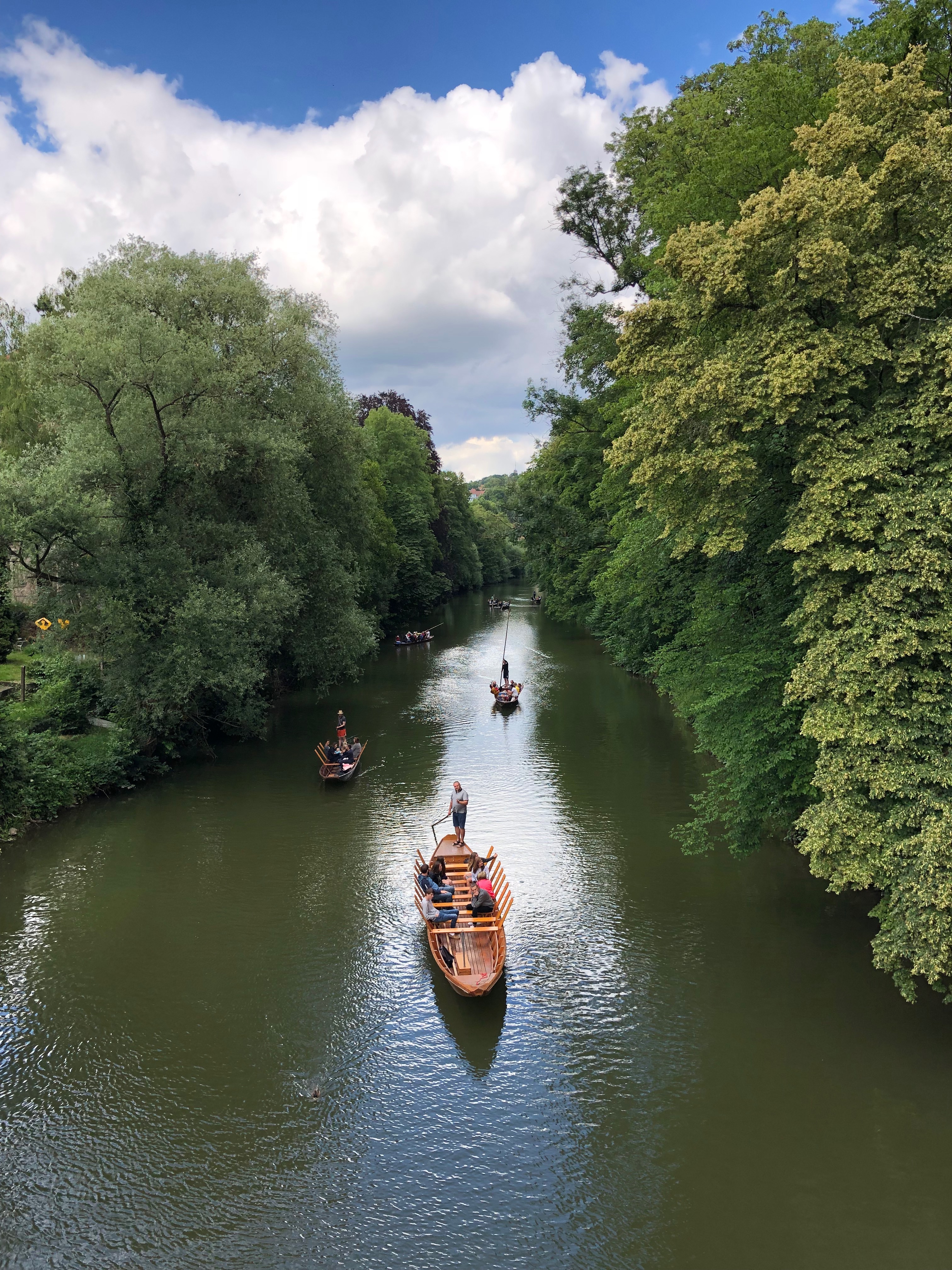 The classical town of Tübingen in Baden-Württemberg, South Germany

Visited the Kloster Neresheim after successfully completing an “Einsatz” (emergency call) in Neresheim with my old friend and colleague @sebba_aa. It had been snowing the whole morning and then the skies suddenly opened up. We used this opportunity, on our way back from Einsatz, to take a small picture break near the Neresheim Kloster (Neresheim Monastery).
These are a few memories of our recent treck to the Braunenberg Mountain to reach one of the highest Restaurants near Aalen, in Baden-Württemberg State South Germany 🇩🇪. These are called Naturfreundehäuser and I discovered that there is a chain of these in entire Europe, the most being high up in the mountains and they even offer rooms for staying for hikers and mountaineers.
Visited the Biggest Pumpkin Festival in South Germany in Ludwigsburg near Stuttgart. I highly recommend this to everyone living in south Germany as individuals and as families with kids. It’s an amazing experience to see the biggest pumpkin 🎃 of the year grown in Germany 🇩🇪 (ca. 790kg) and biggest Pumpkin of the world (from Italy 🇮🇹 Ca. 1300kg) along with Pumpkin art 🖼 showing structures like Little Mermaid, Shark, Octopus, Rainbow Fish and Submarine. It’s located in the gardens of Castle Ludwigsburg, so one can combine it with a tour of the castle which was the summer palace for the kings of Baden-Württemberg.
The St. Mary‘s Church is located on top of the Mount Hohenrechberg near the town of Schwäbisch Gmünd in the Ostalb District of Baden-Württemberg in South Germany. The church is located at an amazing location and the views from here are simply mesmerizing. On a clear day one can even see the Alps. The Church was built in the 12th Century, and later rebuilt in the 17th Century. This is a top down view of the church.
The Golden Hour at Mount Hohenrechberg with the Fort Ruins of Hohenrechberg in it’s foreground and Mount Hohenstaufen and Hohenstuifen in the background. Together the three form the famous “Die Drei Kaiserberge” in the Ostalb District of Baden-Württemberg state of south Germany.
St. Mary’s Church or locally known as St. Marie Kirche / Wallfahrtskirche is located on top of the Hohenrechberg Mountain, a part of the Swabian Mountain Range in South Germany. The Church along with the other three important forts in the are of Hohenrechberg, Hohenstaufen and Hohenstuifen form one of the most important landmarks of this region. I have made a VLOG on the journey we took to this church. The video will be out soon on YouTube and a trailer on IGTV. So stay tuned.